Happy pre birthday celebrations for Mahala who is marking a new decade in her life.

Happy Labor Day weekend here in the US and for me too.


As we celebrate the labors of love and those of us who labored in love to create this world we live in.

We bow down in humble gratitude and appreciation for lives enriched by our collaborative efforts.

wonder | wander | women really love artists with a lot of output. Somehow the work ethic is just as compelling and admirable to us as the work itself. So when we heard of a manga artist who put on a solo show in London with 400 original works, how could we resist? Urasawa Naoki, here we come! 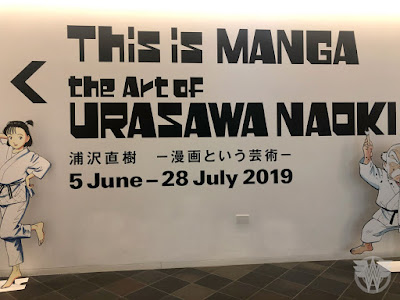 woman of the world | Rani of Jhansi

Seventy-two years ago today, India was freed from British rule.

Most people know that Mohandas Gandhi played a major role in the country’s struggle for independence. But so did Queen Laxmibai of Jhansi in the 19th century. 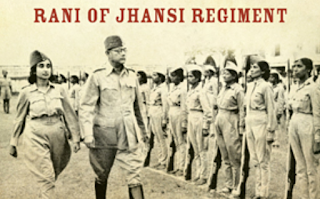 The queen, or rani, was an unconventional leader. She could read and write — very rare for a woman in that era — and she refused to abide by the norms of purdah, which concealed women behind curtains or veils, when speaking with her advisers and British officials.

She was widowed without a natural-born heir, and the East India Company used that as pretext to annex her kingdom. So she fled to the nearby state of Gwalior, trained an army and led it into battle against the British. She was killed in action in 1858.

In India, she is immortalized in history books, movies, songs and even nursery rhymes.

Al-Andalus, also known as Muslim Spain, Muslim Iberia, or Islamic Iberia - was a medieval Muslim territory and cultural domain that in its early period included most of Iberia - today's Portugal and Spain.

Under the Caliphate of Córdoba, al-Andalus was a beacon of learning, and the city of Córdoba, the largest in Europe, became one of the leading cultural and economic centres throughout the Mediterranean Basin, Europe, and the Islamic world.


Ultimately, the Christian kingdoms in the north of the Iberian Peninsula overpowered the Muslim states to the south. In 1085, Alfonso VI captured Toledo, starting a gradual decline of Muslim power.

With the fall of Córdoba in 1236, most of the south quickly fell under Christian rule and the Emirate of Granada became a tributary state of the Kingdom of Castile two years later.


Emir Muhammad XII surrendered the Emirate of Granada to Queen Isabella I of Castile, completing the Christian Reconquista of the peninsula. Although al-Andalus ended as a political entity, the nearly eight centuries of Islamic rule has left a significant effect on culture and language in Andalusia.

This is a documentary of history not taught in western education about the Moors that invaded Europe, educated and civilized  the caucasian who at the time was in the Dark Ages - sick and dying.

The Europeans stole their history, advanced sciences, enslaved them, forced on them their idol gods and beliefs and now claim to rule the world.

At wonder | wander | world we encourage and embrace all forms of creative expression. We are driven and inspired to use and reuse, recycle and upcycle, reveal and rejoice.

In many of our beloved acquisitions we take pains to instill them with our spirit. Brand and mark them as ours.


In a world where we create too much waste in our wake, we are huge supporters of our beloved environment and sustainability. Choosing to contribute in however we can.

It has been said, “God does not make junk.”

Did you enjoy this post? Let us know in the comments or by sharing it with other social media links. We’d love to keep giving you more treats and tips so feel free to subscribe. You can also follow us on our website, Facebook, and Google+.

wonder | wander | women
wonder | wander | women are a curious creative tandem - cohearts and collaborators I am Mahala - illustrator, writer, book eater. I am Issa - artist, story teller, advocate for excellence. Individually, in tandem and hand in hand we are here to share our stories, tips and inspiration on life as we know it, live it and wish it.

You can also find us at: